Browns Fan: You need to calm down! 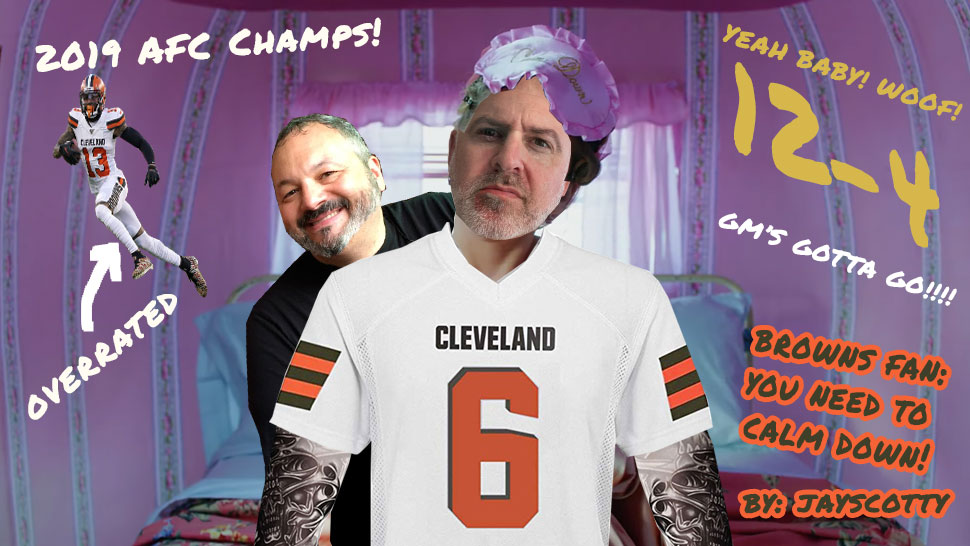 This parody of Taylor Swift’s, “You need to calm down” is dedicated to all those Browns fans who toggle week to week between planning their playoff parties when they win, and gutting the entire team and front office when they lose. Enjoy!

I’m a football fan. Specifically, I love my Cleveland Browns! Like many, I was super pumped with the promise of exciting football prior to the 2019-20 season starting. Baker coming into his own, Laundry emerging as a team leader, Myles crushing quarterbacks. Oh – and then landing one of the best Wide Receivers in the game??!! It’s was easy to get caught up in the excitement.

In the span of 3 weeks I’ve heard fans go from “this season is done!” after the Week 3 loss to the Rams – to “This team is easily in the top 3 teams in the NFL right now” after the whooping they put on Baltimore on the Road – to “Kitchen’s is in over his head” and “Baker’s too small and can’t read defenses” as the Browns were blown out on national TV against the 49ers.

Look – I get it. You’re sick of losing! Me too… but it’s not going to happen overnight. Realistically, if the Browns win 6-7 games, it’s an improvement. I’m disappointed when they don’t win. But doubting the team week-by-week is ridiculous. Browns fan: You need to calm down and enjoy the ride! Have faith and patience… We’ll get there!

Congratulations! Thank you for letting us be a part or your success! Here’s to many more!!
… See MoreSee Less

Just a friendly reminder to be aware of these phishing scam emails. Some of these emails are really good and can easily be mistaken as legit (even by professionals like us). One click can ruin your day – be vigilant and cautious.Here are some things to look out for:1) Always look at the sending domain – Microsoft doesn’t send email from microsft.com or 7839.ms.microsoft.com2) Make sure your name or company name is correct. – If you put "Larry" on all of your sign-ups and it’s addressed to "Lawrence" that may not be legit.3) Make sure the domain of the sender and the link they are sending you are the same.4) ALWAYS go with your gut instinct. If you think it’s questionable, go directly to the website rather than clicking on the link in the email.
… See MoreSee Less

The demo site is now up and functional. absolute0.net/coronacafe Again – If you know of any restaurant owners that are in a bind – We’re here for you!!
… See MoreSee Less

If you are a small local restaurant in need of online ordering, we can provide a temporary, emergency solution at no cost. No strings. Just trying to help. It won’t be fancy or have all the bells and whistles, but it will allow you to display your menu, take online orders and email them to you ahead of time. We’ll get a demo up shortly. Send us a direct message if you’re interested.
… See MoreSee Less
View on Facebook
·
Share